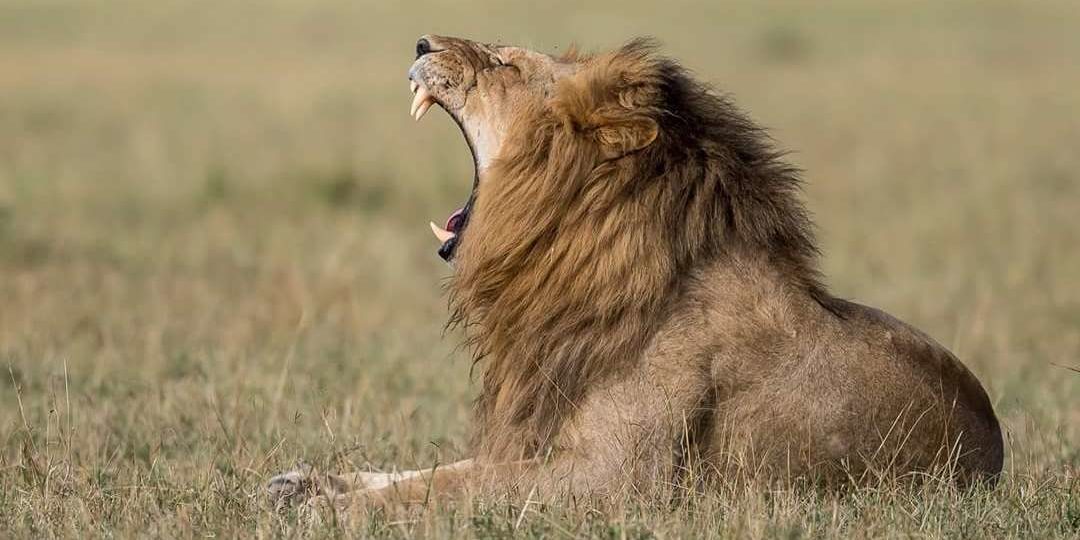 On the last afternoon game I finally saw "our" cheetah mum again. She had thrown seven boys. Three of them have survived and they are now cheerfully and almost half a year old. The two boys and a girl are learning how to playfully hunt and it is a pleasure to watch them. They find every beetle highly interesting, hunt every butterfly and even become interested in white, small flowers. Of course, if you meet a turtle ... first try it out and poke it with your paws. Well, there's nothing moving, so turn the thing around. The turtle hopefully feels safe enough in her tank, otherwise she succumbs to a heart attack.
The Gepardenkinder have not enough and now they even try to roll the turtle downhill ... and suddenly the rescue of the turtle approaches in a completely different form: a Servalkatze came into view! The cheetahs immediately realized that there was a lot more movement going on, so hunting: the serval cat hoped for sufficient cover in the tall grass - that failed - and then tried to escape, but that's no easy task if the opponent ever over 100 km / h runs. The rescue of the cat was only that the cheetah mother showed no interest in the game and she found a hole in the ground in which she retreated backwards. The hole was not very deep and the cheetahs tried to attack them, of course. But the servalkat defended itself very bravely hissed wickedly out of their cave and tried to beat the "enemies". At some point the cheetahs were bored again ... or a butterfly or a flower distracted them ... as I said, they are just learning how to hunt ... and they probably need some more time.